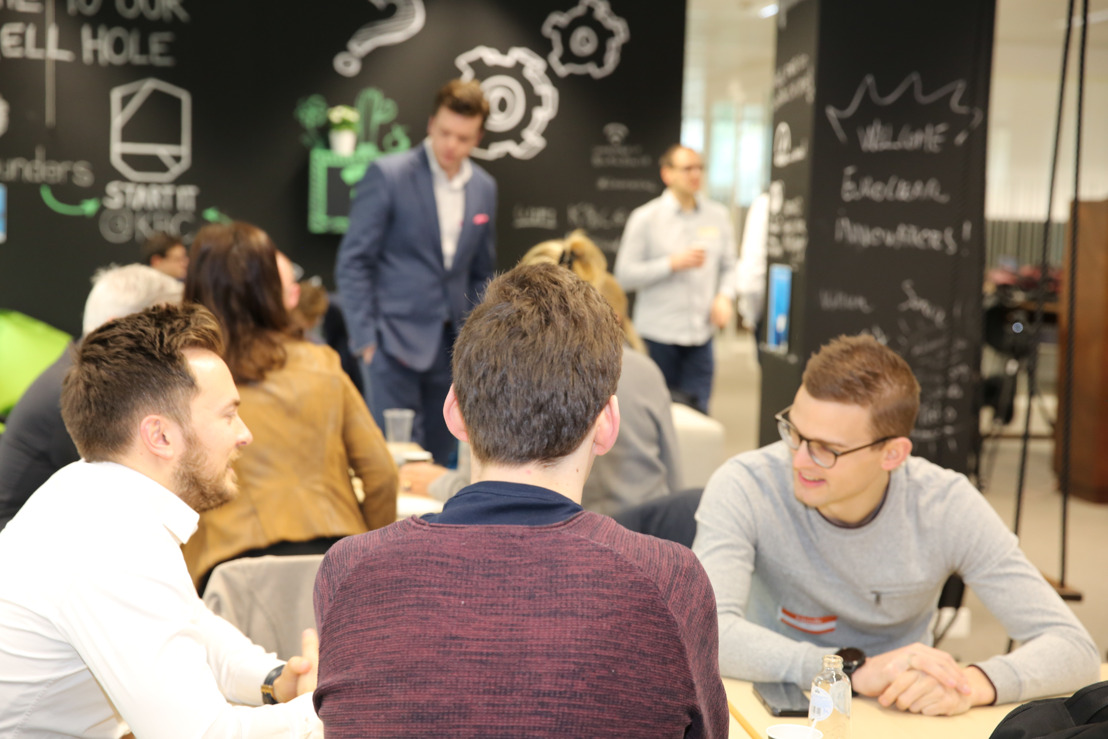 Even in a turbulent and economically unstable 2020, Covid failed to stifle the spirit of enterprise. Far from it: a record number of entrepreneurs (220 dossiers at the beginning of 2020 and 280 in the second half of 2020) signed up last year for Start it @KBC.

The recent lockdowns meant that a lot of people suddenly found themselves with more time to focus on their own business ideas. Meanwhile, talented individuals who lost their jobs because of the pandemic took the plunge and started a business of their own. The coaches and mentors within the Start it @KBC and Start it X ecosystem can now put their years of experience with start-ups and scale-ups to better use than ever in coaching new businesses as well as large enterprises and organisations wishing to tap the power and value of entrepreneurship more effectively. This engine of innovation, employment and economic growth is thus gaining strength year by year.

Omar Mohout, Entrepreneurship Fellow at Sirris and Professor of Entrepreneurship at Antwerp Management School, sums it up: ‘KBC has successfully made its mark at the intersection of technology, innovation and entrepreneurship. The steady development of Start it @KBC into Belgium’s largest business accelerator is testimony to its entrepreneurial DNA. The same goes for the advanced digital services in which billions have been invested – more than any other European FinTech – with the high point so far being the award for the best banking app in Europe. Bidding farewell to the ‘Boerentoren’ building in Antwerp marked the beginning of a digital-first era, in which KBC will preside over the innovation space with the same mojo you find amongst hip start-up types. KBC isn’t just the bank from around here, but more than ever the bank of now.’

How it all began

Start it @KBC was launched six years ago. KBC was keen to let up-and-coming entrepreneurs share in the expertise it has built up as a bank-insurer with deep roots in the Belgian business world and to draw on the experience of other partners from commerce and academia too.

Since then, Start it @KBC has grown into the largest business accelerator in Belgium, with six national hubs and international offices in Hungary (Budapest, Gyor), the Czech Republic (Prague), UK (London) and the United States (New York) and with over a thousand start-ups under its wing. What’s more, Start it @KBC is one of Europe’s top accelerators and is since 2017 the first Belgian 'by invitation only' member of the Global Accelerator network (GAN).

July 2019 saw the launch of Start it X to build on the experience gained through Start it @KBC. This Corporate Innovation Programme has been tailored to large enterprises and organisations that are committed to open and sustainable innovation and want to give their employees the scope to develop their own ideas. Start it X provides them with the opportunity to elaborate their ideas, collaborate with start-ups and scale-ups and take part in workshops and events. The programme also uses ‘matchmaking’ to put businesses in contact with innovative players and technologies in the international sphere. Within barely a year, a variety of large enterprises and organisations have enthusiastically boarded the Start it X train, including Luminus, Barco, Agfa, Xylos, Euroclear and – recently – the Flemish Regional Government. Luminus, for instance, already has a team of seven employees actively working on its Bcheck predictive boiler maintenance solution, for which it has so far raised 1.1 million euros in funding.

Johan Thijs, KBC Group CEO, explains why KBC chose to be the strategic partner of Start it @KBC: ‘Local embeddedness is an essential part of KBC Group’s strategy, through which we try to understand local customers better, to be alert to their signals and needs, and to respond to them proactively and offer them tailored banking and insurance solutions. So Start it @KBC didn’t come about by chance. We want the initiative to have a positive impact on the economy and on society, in keeping with our sustainability principles. Investing in start-ups and sharing knowledge with them isn’t just rewarding for the start-ups themselves, but also for us as a business. The combination of the fresh start-up mentality within Start it @KBC and the group’s PEARL business culture stimulates intrapreneurship – within KBC itself too: we empower KBC staff who have a good business idea to flesh it out via the Start it @KBC process, thus giving them the ideal opportunity in the right environment to explore whether their idea is scalable. After all, the best ideas often come from your own employees. All this creativity and intrapreneurship have, incidentally, also fueled the many innovations we’ve brought to market ourselves in recent years, helping to make our customers’ lives easier. Things like KBC Focus Fund, Bolero Crowdfunding, collaboration with Bullswap and Trooper, and Fibricheck... We are proud of what we have achieved so far. The successful collaboration between KBC and Start it @KBC was also recognised by the Startup Accelerator Award in 2018 and the Innovation Challenger Award in 2019, presented by the European Commission. The Commission considered the collaboration to be a textbook example of cross-fertilisation between start-ups and established businesses. We therefore intend to maintain this momentum for years to come.’

Lode Uytterschaut, founder and CEO of Start it @KBC explains the positive impact: ‘We’ve been on an intense and successful journey over the past six years. Start it @KBC guides between 120 and 135 new start-ups in Belgium every year. The start-ups that were able to continue their growth through Start it @KBC in the past few years have also created over 2 300 new jobs. Of the thousand-plus start-ups we’ve coached since the beginning, 66% are still active today. We’ve seen the quality and professionalism growing year by year.Start it@KBC doesn’t focus on specific sectors so much as on societal challenges. In the past three years, Start it @KBC has actively committed itself, for instance, to female entrepreneurship in the start-up landscape, with the result that 53% of start-ups in the most recent waves had a woman as co-founder. Other focuses are diversity/inclusion, well-being and internationalisation.There’s no doubt that Start it @KBC has won itself an important place in the market, even in a turbulent and economically unstable 2020. The Covid crisis failed to stifle the spirit of enterprise. Far from it: a record number of entrepreneurs signed up for Start it @KBC in the past year. The recent lockdowns meant that a lot of people suddenly found themselves with more time to focus on their own business ideas. Talented individuals who lost their jobs because of the pandemic also took the plunge and started a business of their own. The coaches and mentors within the Start it @KBC and Start it X ecosystem have years of experience with start-ups and scale-ups, which they are now also putting to use to coach large enterprises wishing to make better use of the power and value of entrepreneurship. Because alongside start-ups, large enterprises themselves also have an important role to play in the innovation landscape. At the same time, we’ve set out to share our knowledge and experience of SMEs, for instance, via our Start it X Academy. A first course devoted to online selling via LinkedIn has already been created in collaboration with KBC. It means that this engine of innovation, employment and economic growth is getting stronger year by year.’

What specifically can a start-up or new entrepreneur expect of Start it @KBC?

Start it @KBC was set up as a separate non-profit organisation in which KBC has invested financially and also provided 9.5 FTEs.

It offers start-ups not only a literal roof over their heads, it also supports and advises them, while simultaneously introducing them to the largest start-up network, so that they can grow their activities sustainably and have a positive impact on employment and the economy.

Four societal themes are being actively worked on right now within Start it @KBC: internationalisation, female entrepreneurship, inclusion/diversity and well-being.